I feel like my fabulocity (fabulousness?) has taken a hike.

I have had a hard six months and I'm trying to find my way back to me.  It's more difficult than it sounds. 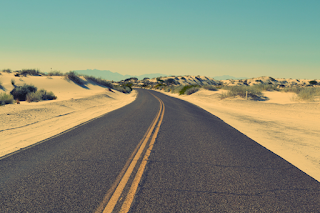 If any of you have been chronically ill, you'll get it.  And I've done a really good job of managing my illness, at least I think I have.

I will spend all day resting for whatever I have to do. Then I'll go to the the event, appointment, meeting, dinner and be ON. I'll smile and say the right things.  I'll make excuses for the other events I've missed and the social events I'm not caught up on.  Immediately afterwards, I'll come home and collapse.  At one point I was down to one thing a day.  One meeting, one picking up the house, one trip to the grocery, one task on the computer.

Life pretty much stops when you are at one thing.  And you're in so much pain that there's not a whole lot of self reflection going on.  There's a haze, a vegetable state that takes over. Seriously, I sometimes feel like I'm going to turn into a chameleon that just blends into the couch.

And now, there's fear, and if I'm honest, a little bit of old fashioned plain pissed off.

These past few weeks  I've been doing better.  I'm up to four things (Woo-Hoo!  FOUR things.)  Or maybe it's four hours out.  And then today, I'm back down to one thing.  It's so deflating!

Here I thought I was on my way!  My husband took a job he hates so that we could have health insurance.  So I thought, I'm getting better!  I'll get a job!  I started looking but I'm worried.  What if I get sick again?  Can I handle a job?

Or I think that I'll concentrate on the social media campaigns for the various companies I'm involved with.  I'll really give them that boost that they need.  I'll do great!  (I'm pretty good when I set my mind to it.) And then a day like today happens where I have to limit my screen time just to survive the pain.

Or I could get more piano students, or I could work harder at monetizing my monthly entrepreneur event, or I could...I'm sure you get the idea.  I have plenty of options to get things moving but I get stuck.  I get stuck in a virtual cesspool of swirling cement that drags all of my good intentions right down the drain and then locks them in tight.  They don't even really go any where. They sit at my feet taunting me.  And if I could just get one foot out, I could head in a direction.  And I was, I was moving forward and at least starting to explore the possibilities.  Until today, when I'm back to one thing.